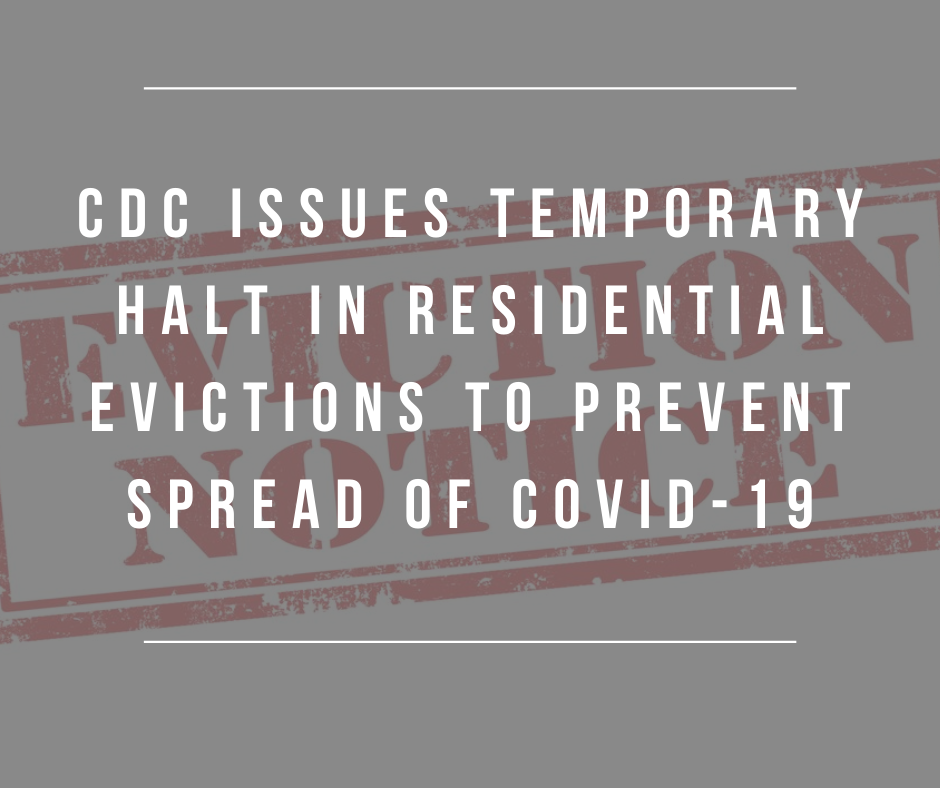 Today, CDC Director Dr. Rochelle Walensky extended the agency’s temporary eviction moratorium for qualifying renters, which was set to expire on June 30, 2021, through July 31, 2021. A press release from the CDC notes that this extension is intended to be the final extension of the eviction moratorium. Additionally, the White House announced a set of actions aimed at helping state and local governments prevent evictions and accelerating the disbursement of the Treasury’s Emergency Rental Assistance (ERA) funds to renters and landlords in need of aid. The Treasury released updated FAQs and a new fact sheet, directing state and local ERA administrators to provide a streamlined payment option for utility providers and large landlords to make accessing ERA funds on behalf of multiple tenants easier and more attractive, and clarifying that funds from the State and Local Fiscal Recovery Funds can be used to support eviction diversion programs. The guidance also creates a commitment letter process to help families who are experiencing homelessness and do not have a current rental obligation gain access to ERA relief, among other clarifications. Furthermore, Associate Attorney General Vanita Gupta sent a letter to state courts, encouraging them to adopt eviction diversion practices that would help landlords and tenants reach agreement, access ERA relief and avoid the costs of legal actions.

Yesterday, the Biden-Harris Administration appointed Sandra Thompson to serve as the acting director of the Federal Housing Finance Agency (FHFA). This appointment followed a Supreme Court ruling that found the FHFA’s structure unconstitutional and gave President Biden and future presidents the authority to remove the head of the FHFA at-will, a decision that is in line with a similar Supreme Court decision concerning the Consumer Financial Protection Bureau’s structure. Thompson previously served as the FHFA’s Deputy Director of the Division of Housing Mission and Goals, overseeing the agency’s housing and regulatory policy, capital policy, financial analysis, fair lending and all mission activities for Fannie Mae, Freddie Mac and the Federal Home Loan Banks. In a statement, Thompson emphasized her commitment to “making sure our nation’s housing finance systems and our regulated entities operate in a safe and sound manner,” and noted that the agency’s duty is to “ensure that all Americans have equal access to safe, decent and affordable housing.”

HUD Secretary Marcia Fudge sent a letter to public housing authorities (PHAs), Continuums of Care (CoC) partners, multifamily owners and HUD grantees, clarifying that returning citizens—formerly incarcerated individuals returning to their communities—who are at-risk of homelessness are among the eligible populations for the recently awarded 70,000 emergency housing vouchers funded by the American Rescue Plan. HUD recently released Notice PIH 2021-15, clarifying that individuals exiting prisons and jails who are at-risk of homelessness due to their low incomes and lack of sufficient resources or social supports are eligible for these vouchers, while strongly encouraging PHAs to work with their CoC partners to ensure that individuals who are at-risk of homelessness after leaving prisons or jails are considered for these vouchers. Additionally, HUD is taking additional steps to meet the housing needs of returning citizens, including reviewing existing HUD policies and regulations that limit access to housing and HUD assistance among formerly incarcerated people.