WASHINGTON—A Biden administration push to increase the supply of affordable housing aims to coax states and localities into easing restrictions on new construction, a bid to help address a historic shortage of new housing.

A roughly $213 billion affordable-housing initiative in the $2.3 trillion infrastructure plan unveiled last week includes a competitive grant program to target so-called exclusionary zoning laws that the administration says have inflated housing and construction costs and locked families out of areas with more opportunities. The grant program will be at least $5 billion, according to an administration official.

Local zoning and land-use regulations—such as minimum lot sizes, parking requirements and prohibitions on multifamily housing—have proliferated since the 1970s. Housing shortages have also extended beyond expensive coastal areas like Boston and San Francisco to places like Grand Rapids, Mich., and Austin, Texas.

“There are so many decisions made at the local level that can impede the development of affordable housing that federal policy makers should push communities to reorganize their approach to development from the ground up,” wrote Jim Parrott and Mark Zandi in a report last week for the Urban Institute, a Washington-based research group. Mr. Parrott is a former Obama administration housing adviser, and Mr. Zandi is the chief economist of Moody’s Analytics. 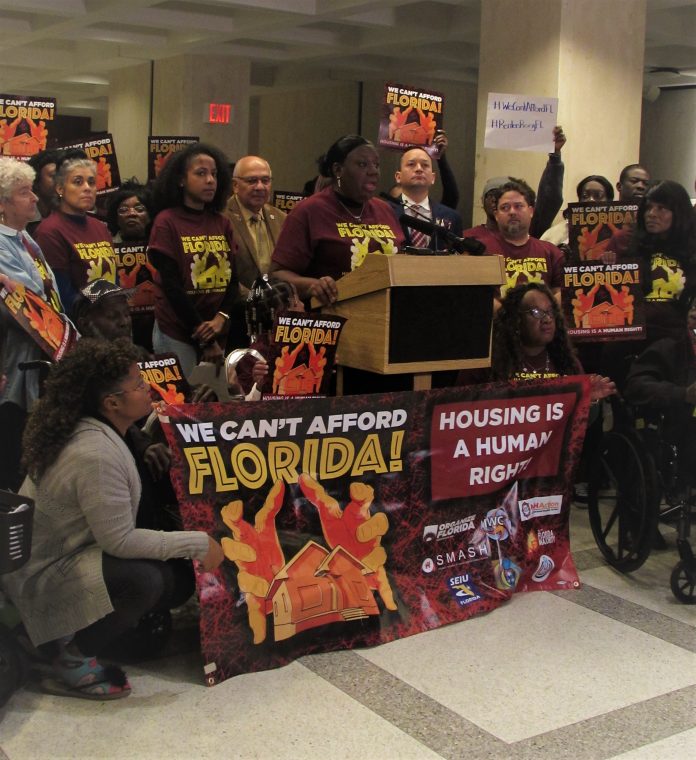 But those programs are now threatened by state lawmakers who have pushed to permanently cut a significant chunk of money for the state’s affordable housing fund. Those dollars come from documentary stamp revenues.

The legislation titled SB 2512, which reduces the percentage for the pot of money that goes into affordable housing, is headed to Gov. Ron DeSantis’ desk for his consideration.

The governor in January had recommended $423.3 million for such housing programs. But the legislation approved Thursday would be far lower than DeSantis’ proposal.

According to the Florida Housing Coalition, lawmakers have been pulling money out for 18 years from what’s called the Sadowski Trust Funds, named after the late William Sadowski, a former agency secretary in Florida government.

The funds swept over years have resulted in “a shortage of more than 344,000 affordable homes for lower-income Floridians,” according to the housing coalition.

Affordable housing programs oftentimes are geared toward seniors, veterans, those with disabilities and low-income workers, according to the coalition. Housing trust funds are used for construction of new affordable apartments, repairing older homes and helping first-time home buyers purchase a house.

The Florida Senate agreed Wednesday to funnel $200 million to affordable housing – up from nearly $140 million in the original SB 2512 bill. The changes came from State Sen. Ben Albritton, a Republican member of the Committee on Appropriations. He represents DeSoto, Glades, Hardee, Highlands and Okeechobee counties, and parts of Charlotte, Lee and Polk counties.

Albritton increased the dollars by boosting the percentage of money that goes into the affordable housing fund.

However, the legislation had already reduced the percentages significantly, which likely means… Read More. 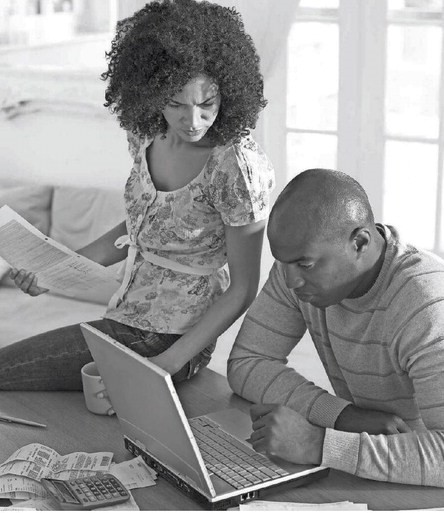 There’s no single explanation for this disparity, which is the result of hundreds of years of history and policy ? as well as social biases ? but it’s clear that the appraisal gap has a tangible impact on Black homeowners.

Black communities tend to be poorer than white communities, due in part to the lower values assigned to properties. Understanding the appraisal gap takes grappling with the history of real estate in America, and addressing it will ultimately mean dealing with its root causes.

‘Starting with slaves being released in 1865, 12 years of Reconstruction and then the start of Jim Crow laws,’ said Mark Alston, president of Alston and Associates Mortgage Company in Los Angeles. ‘Because of the bias, racism, the economic deserts in Black neighborhoods, fewer stores, fewer resources, then those properties became worth less.’

For much of the 20th century, it was also more difficult to secure financing for homes in predominantly Black neighborhoods, because the federally endorsed practice of redlining discouraged lenders from extending loans in those communities.

The legacy of redlining continues to affect housing because segregated communities received fewer municipal resources, which meant property values in those areas rose more slowly over time compared to neighborhoods that started off better served.

The low property value foundation in Black communities is exacerbated by current-day appraisal practices, which rely heavily on individual appraiser observations and comparisons to past sales of similar properties in the neighborhood. Appraisers can be influenced by unconscious bias, and the longstanding trend of homes in Black neighborhoods being worth less is reinforced by comparable sale comparisons.

A 2018 study by the Brookings Institute found that Black homes are undervalued by $48,000 on average. Shanta Patton-Golar, the vice president for the National Association of Real Estate Brokers region 15, said that other studies have shown even larger gaps.

Lower property values mean less home equity, which makes it harder for Black families to build wealth even when they own property.

‘If you can’t get an appraisal for the value you should be, you don’t have the opportunity to refinance,’ Alston said.

There’s not much homeowners can do to combat the appraisal gap, and the few tools available to them could at best be described as demoralizing.

‘I owned a house that I listed and could not sell in Hollywood Hills, in an upper-class neighborhood. I had to move out, take my art off the walls and hire a white agent to sell it. That’s not an unusual story,’ Alston said.

Patton-Golar said that removing signs of who owns the property is a common tactic among Black homeowners and sellers getting ready for an appraisal.

‘You have to remove the Black from the home to have it valued as a white household,’ she said.

Florida’s population continues to grow. According to a recent report by the Demographic Estimating Conference, Florida will be home to more than 300,000 additional residents per year, every year, for the next five years.

The Florida Chamber of Commerce calculates that we could be home to nearly 26 million residents by 2030— only nine years away. That’s larger than the current population of Australia.

This increase in population will further tax our capacity to increase an already strained supply of housing in all of our communities, pushing prices to stratospheric levels now seen in states like California, high-density metro areas like New York and Boston, or other areas in the United States that many Floridians used to call home. We’ll see more congestion and challenges to residents’ quality of life.

It is imperative that we implement good policy now to ensure some control over this future inevitability. Some of the tools we need already exist. Almost 30 years ago, the Florida Home Builders Association, Florida Realtors and Florida Legislature, seeing the need for locally focused housing solutions to address persistent and systemic problems for which funding would be difficult to obtain, crafted and passed the Sadowski Act.

Included was the establishment of the Florida State and Local Housing Trust Fund, which structured a levy on residential real estate sales. The money was intended to be mostly returned to donor counties and municipalities for targeted, maximally leveraged efforts to help address some of the persistent challenges identified by local community and business leaders.

Since then, Sadowski, and the Florida State and Local Housing Trust Fund have enjoyed broad and enthusiastic, support across all party lines. Although the fund, unfortunately, has been swept regularly to support the Florida General Revenue Fund, criticism of the housing fund’s intent and need is rare.

Under the trust fund’s rules, all counties and municipalities receiving Sadowski funding must have and implement unique Local Housing Assistance Plans (LHAPs), targeted to meet the special needs of the communities for which their LHAP is designed. Although many common elements may exist, each recipient has different specific needs, and local agencies provide better-targeted spending to address those needs.

For example, if a municipality’s LHAP calls for the mitigation and treatment of contaminated groundwater, in part by replacing old septic tanks with more modern systems to enhance access to affordable housing, that municipality can use the funds accordingly. No other fund or financial resource directed to affordable housing has the flexibility and local targeting that Sadowski does.

Recently, a bill was introduced to sweep funds allocated to local governments through the Florida State and Housing Trust Fund, and instead apply them to two new state programs. Rather than having them addressed locally through the existing Sadowski format, the state would redirect two-thirds of local communities’ rightfully entitled funds to specific programs that would be addressed on a statewide basis.

“We…have a tendency to create programs that sound great, but which we don’t actually fund,” said Simpson in announcing the plan. But that, ironically, is just what this plan proposes — on two sides of the equation: first, by taking resources already promised to local governments for their locally targeted use, and second, by failing to find a separate funding source specifically for the new programs.

This is just plain wrong.

As business leaders, and residents of Florida, we depend on a robust, diverse economy with inclusion, opportunity and fair access to upward socio-economic mobility — the American Dream — to better provide the kind of resiliency and demand necessary to ensure our continued prosperity. Access to housing is essential to the health of our communities.

The Florida State and Local Housing Trust Fund is a well-designed and critical tool that we can employ at local levels to help maintain this access. Sadowski is supported by a large and diverse group of organizations: Florida Realtors, Florida Chamber of Commerce, Florida Bankers Association, AARP, Florida Association of Counties, Florida League of Cities, Florida Home Builders Association, Florida Veterans Foundation, and the Florida Council of Catholic Bishops are only a few.

Our legislature must allow local governments to use these funds as they have been designed. The Sadowski Fund is critical in maximizing local communities’ contributions to Florida’s larger economic engine. As necessary and noble it may be to address flooding in Florida due to sea-level rise and to mitigate environmental damage caused by antiquated or improperly designed residential waste systems, both challenges receive funding from other sources. Neither issue should be used to excuse raiding the Florida State and Local Housing Trust Fund — yet again — to feed new programs by picking low-hanging fruit from the neighbor’s tree.

While efforts to stem the effects of flooding and the contamination of groundwater need to be funded, taking money from another essential program, promised and affirmed by previous legislatures — and supported by our current governor, Ron DeSantis — to local governments for a different use is a bad idea. Doing so fails the fund’s increasingly critical original goals and cheats all Floridians of a much-needed local resource in the battle to maintain the health of our communities.

Our lawmakers should honor the design and intent of everyone who established the Sadowski Fund, the hard-working professionals who seek to efficiently leverage these dollars to maximally benefit our communities, the families who increasingly struggle to find affordable space to call home and, ultimately, all citizens of Florida. Our economy works best when it works for everyone.

If you want to buy a home in Palm Beach County, be prepared to shell out some serious cash.

The average sale price of a single family residence was $845,677, and while the number sold decreased by 1.8%, the sales price represents a 38.9% increase over the same time last year.

“The market is hot, it’s on fire,” said Linda Gary, owner of Linda A. Gary Real Estate and resident of Palm Beach for more than 40 years. “We’ve never seen it like this.”

The average sales price is calculated by dividing the total number of homes sold — 1,211 single family residences and… READ MORE.