Dr. Rosen has been conducting in-person research on the housing market in poor neighborhoods in Baltimore for more than 10 years. Her book, “The Voucher Promise: ‘Section 8’ and the Fate of an American Neighborhood,” tells that story. 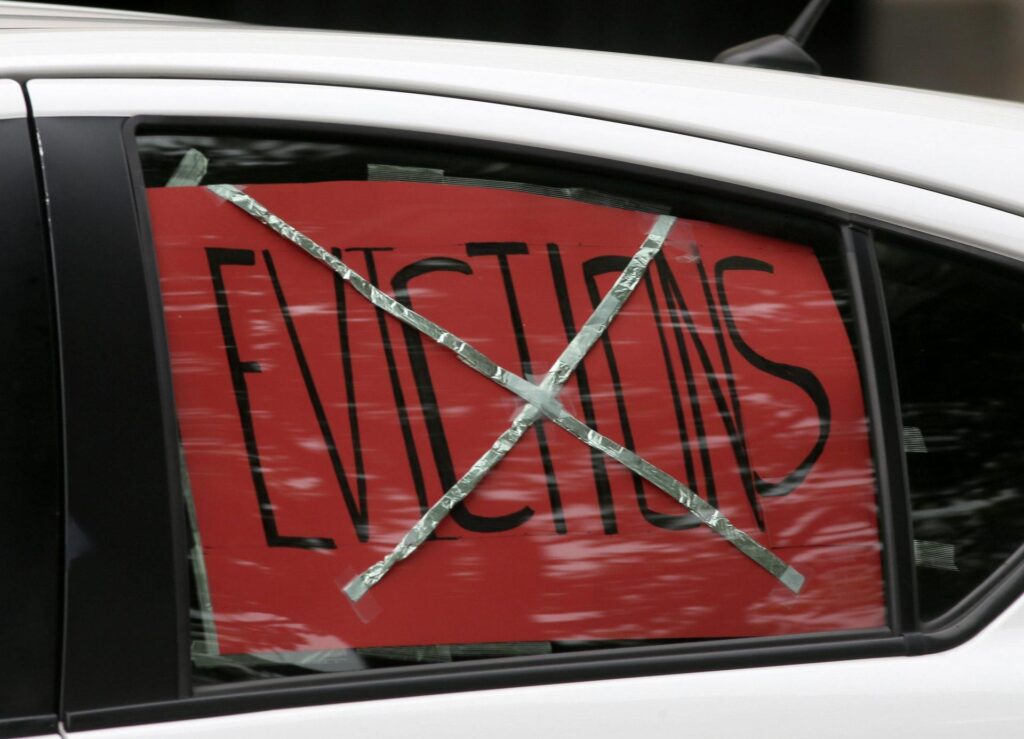 “Housing is a right in America,” President Biden said last month as he signed an executive order promising to address racial discrimination and inequality in housing. On Tuesday, the administration announced an extension of the federal foreclosure moratorium through the end of June.

While this temporary measure is a necessary Band-Aid on a gaping economic wound, housing is not yet a right in this country — far from it. Mr. Biden’s emphasis on redressing racial inequity in housing provides a welcome contrast, though, to the long history of the federal government’s housing policies, which created barriers to safe, affordable housing in all 50 states, especially for communities of color.

Of course, the American housing crisis long predated the pandemic, and the United States has never made the provision of housing a national priority. The crisis has only been compounded during the last year: Somewhere between 10 and 40 million people may be at risk of eviction in the coming months, in a time of deep racial inequity, volatile personal incomes, a surge in small business failures and diminished public access to many government benefits.

Mr. Biden’s speech points to a pathway out. In a moment of economic upheaval and fragility, there is an existing program that can help. Housing vouchers offer the potential for a solution to the residential instability and deep inequity in our country. Housing assistance can help stabilize communities that have been hard hit by generations of racially predatory practices like redlining and disinvestment. Expanding housing vouchers to everyone who needs them would be a key step toward recognizing the role that stable housing plays in life outcomes from health to employment and education.

Currently, the Housing Choice Voucher Program, formerly known as “Section 8,” helps more than 2 million households keep a roof over their head. Funded by the Department of Housing and Urban Development, vouchers offer a ticket to safe, affordable housing, reducing homelessness and alleviating overcrowding. Yet they aren’t used as much as they could be: Only one-quarter of those who qualify for housing help get it. Marcia Fudge, the new secretary of HUD, knows that the logic is clear for scaling up vouchers with the goal of improving affordability.

Economists like Raj Chetty hold a secondary hope for the program: social mobility. Vouchers can offer the chance to move to new places — out of the disadvantaged neighborhoods to which subsidized renters have long been tethered. In theory, the private market can offer recipients homes in safer neighborhoods, with better schools and jobs, paving a pathway out of poverty. In this way, policymakers hope vouchers might even be able to remedy the concentrated poverty and segregation that previous policies helped create.

But like school vouchers — which conservatives have long championed as a preferred policy to promote choice and better educational outcomes, despite data that suggests otherwise — housing vouchers, as they currently operate, are based on a flawed premise: that given the option, people can and will make the “right” choice. The truth is that “right” choices are often unavailable.

Take Edie, whom I met during my fieldwork in Baltimore. For Edie (this is not her actual name; the terms of my research protocol prevent me from using even an initial to describe her), getting a housing voucher after years on the waiting list was like winning the lottery. Edie works as a shampooer at a hair salon in her neighborhood. Instead of handing over most of her meager paycheck to her landlord each month, she would now only…