The new law – a Florida Realtors’ priority during the 2020 session of the Florida Legislature – expands zoning for affordable-housing sites along with other changes.

The new law, which was a 2020 Florida Realtors legislative priority, contains a number of provisions designed to increase local flexibility, accountability and training for affordable housing projects. 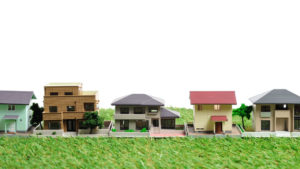 Legislative budget chairs said affordable housing funds will not be swept as has been the case in recent years. And then the House and Senate agreed on the biggest budget number for the fund in years.

The Governor and Senate each wanted $387 million for the Sadowski Trust Fund while the House sought just $144 million. But on Saturday, the House moved closer to the Senate’s position with a $370 million budget line.

It’s time for Palm Beach County, the third largest county in Florida with a population greater than that of 11 states, to stop waiting for the state to act and seize control of its housing destiny.

Every year for nearly 20 years, Palm Beach County and other large Florida urban counties have gone through the same frustrating dance with the state legislature in Tallahassee.

They dutifully send to the state the documentary stamp tax revenues collected from real estate transactions within their county, which are designated by law to fund the Sadowski Housing Trust Fund established in 1992. The program is designed to generate increased revenues when real estate prices are rising and housing needs are the greatest. Yet each year, these counties receive back only a fraction of what they collect ? pennies on the dollar — because the legislature siphons off most of the funds for non-housing pet projects of individual legislators. In effect, the housing trust fund has been converted into a legislative slush fund.

In the current fiscal year, Palm Beach County was supposed to receive $17 million in housing trust fund money, and instead received less than $2 million. Over the last decade, our county has lost over $157 million due to this annual legislative raid. Since 2001, the legislature has swept a staggering $2 billion from the supposed Housing Trust Fund for non-housing uses. These funds could have been used for critical gap financing (filling the gap between market debt and equity with subordinate low interest loans), leveraging private funding at a ratio of 10:1 or more, and producing thousands of workforce and affordable housing units.

The consequences of these sweeps in Palm Beach County are seen most starkly in the current homeless tent city in John Prince Park.

Yet the impacts can be felt all the way up the housing spectrum: the large number of households paying more than 40-50% of their income for housing, the critical shortage of affordable rental units for the county workforce and essential services personnel such as teachers, nurses and local government employees, the families that chose long commutes for lower-priced housing and now struggle with high transit costs, and a rising median home sale price well out of reach of the median household income in the county.

Yet for the 2020-21 state budget year, even though Gov. Ron DeSantis and the Florida Senate have proposed full funding for the state Housing Trust Fund, the Florida House has once again proposed sweeping nearly two-thirds of these funds for non-housing uses. And once again, it is expected that the House position will prevail.

It?s time for Palm Beach County, the third largest county in Florida with a population greater than that of 11 states, to stop waiting for the state to act and seize control of its housing destiny.

County Commissioner Mack Bernard has wisely proposed that the county capitalize on the pending maturity of an existing general obligation bond to issue $150 million in housing bonds: $50 million each for workforce and affordable housing, both of which are intended to stimulate the production of new housing units; and another $50 million to house and help house the homeless.

One of ways to address a housing shortage is, unsurprisingly, to build more housing. Since 2010, the county?s population growth divided by average household size should have resulted in the creation of approximately 63,000 housing units.

The actual production was about 43,000 units, a cumulative shortfall of 20,000 units, and an average of 2,000 per year. Little wonder that we are in a critical housing situation.

A bond issue would provide an instant infusion of cash to address the county?s critical housing shortage by filling the need for gap financing, and leveraging private sources of debt and equity to boost housing production, enable projects to proceed that otherwise might not be feasible and target income levels not addressed by standard market housing.

Structured as low-interest loans, the interest and principal repayments could even be recycled into the program, creating financing for even more units. The county?s AAA credit rating, its debt service capacity from existing bonds coming off the books, and historically low interest rates make this a particularly opportune time for a housing bond issue. And rather than issuing general obligation bonds, the best route for the county might be to issue taxable covenant to budget and appropriate (CBA) bonds, backed by non-ad valorem revenues, to provide the flexibility for gap financing for the rental housing developers and homebuilders while allowing second mortgage financing for prospective homebuyers. This program could be administered by the county, with loans underwritten by third-party credit underwriters (the Florida Housing model) and subject to approval by the Board of Palm Beach County Commissioners.

Lest the county be tempted to continue to wait, it should be aware that other large Florida counties are not standing still. Miami-Dade has allocated $100 million of a $400 million issuance of Forever Bonds to affordable housing, buttressed by an additional $85 million housing bond issue by the city of Miami. Both Broward and Hillsborough counties have established local Housing Trust Funds and committed to annual appropriations of at least $10 million per year.

This initiative is not meant to let the state legislature off the hook. These housing trust fund sweeps are bad policy, ethically suspect, and, increasingly, bad politics, and they need to end. However, it does mean that rather than continually waiting for the state to do the right thing, Palm Beach County can begin moving immediately to address a critical local challenge.

The “best of everything? if your employees can find a place they can afford to live” is not the most inviting slogan for businesses looking to relocate to Palm Beach County, or existing businesses looking to expand. We hope that the county commission and country staff will follow Bernard?s lead and take the steps necessary to implement a county housing bond program.

Jack Weir is vice chairman of the board of the Housing Leadership Council of Palm Beach County, and president of Eastwind Development in Palm Beach Gardens.